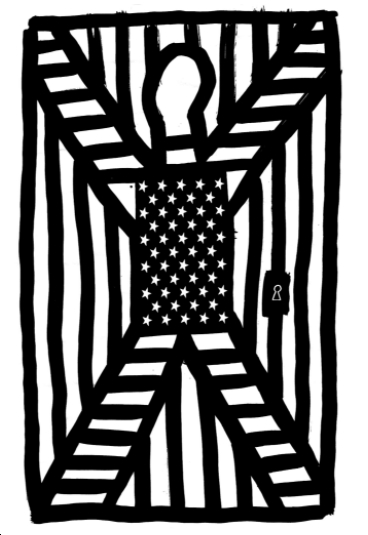 Letter from America No. IX 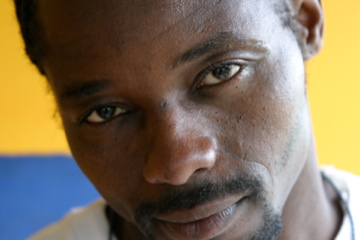 A STORY OF EBULLIENT LEROY

Leroy was someone you always looked up to.  For any number of reasons.  Certainly I did.  Leroy was 6’8″ tall!  No doubt he still is.

The officers all knew (and admired) Leroy because he had been a noted professional basketball player.  I was to discover that Leroy was a very fine actor.  Still it was his humility that always spoke loudest to me.  Leroy was – as far as I could tell – one of the nicest people you – or certainly I – could/would ever meet.

I remember being impressed by Leroy in the small workouts on the Yards and then during any number of major ones in the Arts in Corrections bunker.  He always stood out.  Plus Leroy was always smiling.  This was a major team player.  ‘Yes’, I thought, ‘This is someone I definitely want to work with’.

I remember meeting with Leroy for our concentrated text review.  I had cast him in the fairly significant sections we were to perform from Othello.  In fact I’d cast him in the title role.  Instinct told me that he would be stunning in it.  That instinct proved not to be wrong – but you would never know it on that first evening.

As we sat together – just Leroy and I – with the text that particular evening (during the day Leroy was an outside paramedic on the prison team) I would watch in agony at the difficulty Leroy had while attempting to sound out even the most basic words.  I realised almost immediately that Leroy really couldn’t read.  I then just, politely, talked about the text and sent Leroy off,  still smiling.  I wondered at the time exactly what I had done.  The last thing I would ever want to do is embarrass this fine man.

We came to look at a part of that text with the full cast of about 30 prisoners the next night.  I can only say that my admiration for Leroy knows no bounds.  When he arrived that evening in the rehearsal hut – but 24 hours after painfully labouring over the typing on the pages – he was word, nay, letter perfect.  He knew not just that section but THE ENTIRE 90 MINUTE SCRIPT off by heart.

You would NEVER have to stop or correct Leroy.  He would do it himself.  He would turn towards me, smile and say – holding his thumb up – ‘We can do this’.  I’m can hear him even now.  I’m not entirely sure HOW Leroy did it – but do it he did!!  He would lead by example.

During the performances I remember watching audience members pop their eyes out at Leroy’s Othello – who was certainly EVERY inch a General.  When Cornelius’s astutely conniving Iago would toy in this Othello’s proud ear you would watch Leroy’s steam carefully rise.  Everything was immaculately measured.  As he reached the climax Leroy had a way of cracking his teeth that was piercing.  I don’t think I’ve ever seen a theatrical effect to quite match it.  It was chill inducing – as was his etching of the epileptic fit.  His medical training no doubt inspired its particular detail.

When I got back to London I received a yellow piece of paper from Leroy with the following verse scrawled on it in very LARGE letters.  I have to say that Leroy followed his own advice to a ‘T’.  Something tells me he still is.  His children have every reason to be proud of their father.  This is one truly exceptional artist. 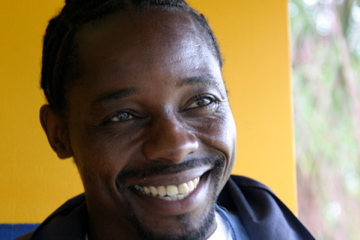 Once a task has begun,

Never leave it until it’s done;

Be the labor great or small,

Do it well or not at all. 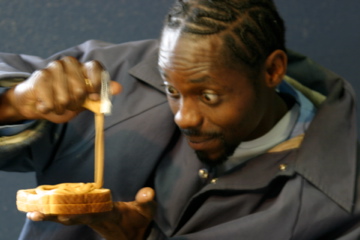