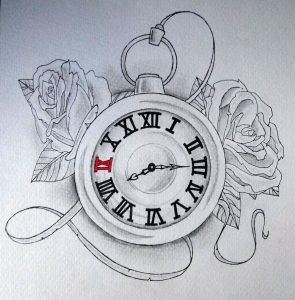 I was early at the main gate of Woodhill prison. It was not a gate in the normal sense of the word.  One walked through an open doorway into something from ‘Star Trek’ – sliding electronic doors, speaking into a microphone to a figure behind bulletproof glass – psychologically placed to be towering above you.

This is a state-of-the-art prison. The voice said the computer knew nothing about me, or Bruce Wall, or Shakespeare. The computer is never wrong. I was resolute and sat on a bench and waited.  Twenty minutes went by….more.

Had I got the wrong day? Of course. I got up to go. Then something made me wait. Bruce duly arrived with four actors – late because the London train had broken down. However, there was a further technical hitch with Security and it took us another 50 minutes, and a personal visit to the Deputy Governor, before the sliding doors slid open and we went inside.

It looked – a first impression – like a well-appointed-motel. Only in the open spaces between the several buildings were there what looked like tall lamp posts with wire and coloured balls strung between: not decoration – but to prevent helicopters landing and attempting a rescue.

The actual workshop ? It lasted two and a half hours. I found it challenging; games, yes, but they took a lot of concentration. About twenty-five young men in their late teens or early twenties, and one or two older men.

If I had expected something out of Dickens – there was no Magwitch from ‘Great Expectations’ – I would have been disappointed. Our fellow workshoppers were spry, ready to become involved, and laughter was always just around the corner. With about thirty men in the room, and two women, there was of course a high sexual charge in the air, which the girls handled superbly: never unaware of it, occasionally playing to it, and always in control of it.

I suppose I remember most the concluding exercise – writing blank verse inspired by lines from Shakespeare’ s ‘Venus and Adonis’ (I said it was challenging). An older man who sat next to me suddenly said ‘I’m in prison for life, you know’.  He had done the first fifteen years, and said he felt sure the next fifteen would be easier.

As we struggled through William’s mellifluous lyricism (why not choose a sonnet, for God’ s sake? – but Bruce, and God bless him for it, aims for the stars), the man said ‘I write poetry, you know; I’ve written one about Chernobyl. Would you like to hear it?’

Indeed I would. And he recited about five or six lines – not Shakespeare I have to say; but the fact that someone locked away for a large part of his life could continue to respond to something outside his confinement, a disaster that he found ‘dirty’ and ‘threatening’, made me pause for thought.

He didn’t manage the iambic pentameter, incidentally, nor did the man on the other side of me; but to my surprise, although they both rhymed in shorter measure – they responded with ease to the images in the highly wrought verse.

Then it all finished. As they were leaving the two men came up to me and, with unforced gratitude, shook my hand.  ‘Thanks for coming’.

I am glad that I waited. 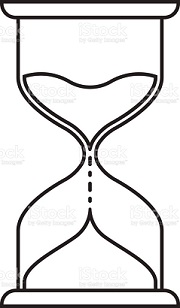