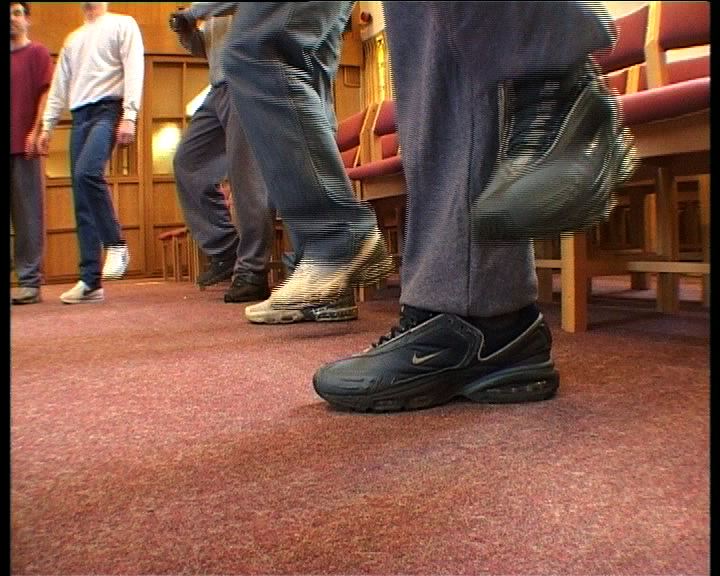 Text by Robyn A Hopkins

‘make not your thoughts your prison’

I have never been inside a prison. The closest I have been is through the screen watching Shawshank Redemption, an Americanised, sentimentalised version. This film being my only reference, as I walked through the endless security doors that made an airport seem low-security, I was not prepared for the overwhelming feeling that hit me.

The prison had been on lock-down for two days, meaning the prisoners were confined to their sardine-sized cells with only an hour out of the twenty-four outside. There was a feeling of suffocation, not only because the prison was hosting three-times its capacity, but because of a stagnation. These men, for whatever reason of their being here, were stifled through these Victorian bars. We walked through, myself observing these men like I was in a zoo. It felt completely unnatural. There were around five levels, and an atrium in the middle, meaning you could see to every level- the bottom one being covered over with no light, as punishment for these prisoners who resided there. They had been ‘naughty’. As we walked through to the room in which the acting workshop would take place, I would catch eyes with the prisoners. I wanted to know each of their names, where they lived before here. They were living in HM Pentonville and during this workshop, I wanted them to live somewhere else. 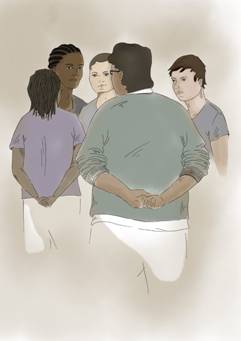 Before the workshop had begun, I felt apprehensive. Would these men engage? Would they feel we were pitying them? Would we understand one another? These thoughts, of course, were both ridiculous and ignorant. Acting can bring the most dissimilar of people together. But as I learnt, we weren’t dissimilar. We laughed at similar things; we were inspired by similar thoughts; we listened to each other and understood. We were an ensemble by the end of the session. 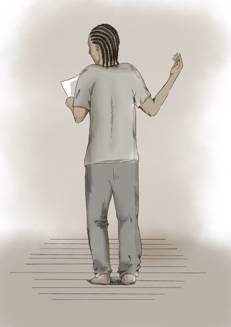 There was a poignant moment for me, a perfect metaphor. At the end of the workshop, all of us in the workshop were reciting Shakespeare when a fight broke out just outside of the room. There were shouts of rage from prisoners just outside the door, and voices of security. Outside of the room there was power in fists; inside of the room was power in the mind. Our door was ajar. We could hear them, they could hear us. Our chanting of Shakespeare became louder and louder. And then a security guard came, and slammed the door shut. Many things could be read into this, or nothing at all. For me, it was a moment of stifling again. Why did we need to permit this performance to only one room? But it wasn’t too bad, for the men in the room were smiling. The room was filled with inspiration. 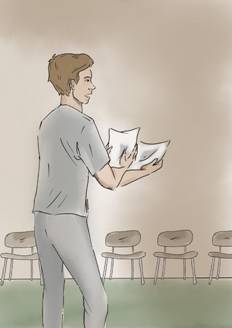 It is often thought that both Shakespeare and theatre is reserved for the intelligent few, the highbrow of society. These men have just as much a right to be a part of this world, as anyone else has. There was one young man named Jordan who really impressed me. He came in late to the workshop, and at the beginning seemed to be out of the circle slightly, but as time went on, I noticed how beautifully he expressed himself, how intelligent and kind he was. 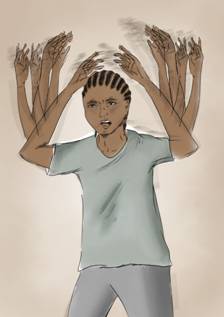 I feel blessed to have worked alongside these prisoners; these actors. I feel blessed that we got to play games, share ideas, and hear them recite the words of Shakespeare. They inspired me, and made me see how powerful theatre can be. For the two hours we were in the room, we weren’t in a prison anymore. We were outside, and the stifling feeling disappeared.