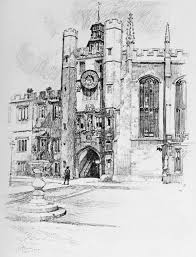 On a cold night in October a locksmith visited Cambridge University.

Cambridge recalls for shows generally follow the same pattern; we read things, sometimes badly, are told things, sometimes badly, and then depart into the night to worry, dissect and check email for cast list postings. For A Midsummer Night’s Dream, however, we were presented with a strange man [OED: strange a., 8. Of a kind that is unfamiliar or rare; unusual, uncommon, exceptional, singular, out of the way. Obs. 9a. exceptionally great] in an unfamiliar room, and, for a space of time which could have been three hours, five minutes or half a day, we had the opportunity to be unlocked.

‘We are such stuff as dreams are made on’. Us? Slinging our wits at the Witslings and bending backwards over the Bard was one thing – turning the conflict between Demetrius, Lysander and Hermia into Jurassic Park, playing with our emotions in a verbal Zip/Zap/BOING, cutting and pasting words so that Will S. met with George W. But building confidence through the will to dream? Us?

‘We are such stuff as dreams are made on’.

We were saying it louder now. Now shouting. ‘We are such stuff as dreams are made on’. Eyes shining, skin prickling. ‘We are such stuff as dreams are made on’. I had got three-quarters of the way through an impromptu ‘Ye elves of hills…’, but by the end of our evening there was no doubt that Bruce Wall was playing Prospero, the man who knew mythical people, who had taken Will’s words to Poland and taught people in prisons how to be free.  And taught us; part master class, part holy communion, part playground anarchy. ‘Tis a strange repose to be asleep with eyes wide open’.

I think at some point during that evening some of us remembered what being awake is really like. 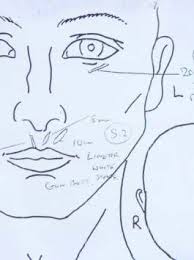