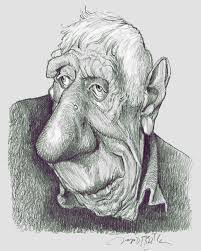 Emerging from the Northern Line into the vastness of Waterloo Station, I headed straight for our own team of actors cheerily greeting one another with hugs and exchanges of news in front of the chemists, Boots.  Some of us were together the week before at HMP Cookham Wood, a high-security women’s prison.  Today we are heading for Woking (well, Bisley, actually) where a delicious lunch awaits us at HMP Coldingley.  Barry, one of the inmates who is training to be a chef upon release, lays on a terrific spread which quickly vanishes.

I, like all the other actors, have been looking forward to this workshop for weeks.  Bruce has invited Dr. Jonathan Miller to participate in our three hour session.  Dr. Miller has chosen Measure for Measure to examine in the second half of our programme.  Dr. Miller, (who quickly becomes ‘Jonathan’ to one and all), has chosen this particular play because of its relevance to the concept of imprisonment, fair sentencing, special pleading, corruption within the system and capital punishment.

We launch immediately into ‘Eyes Up/Eyes Down’ which swiftly reduces our circle of 30+ players to only two as inadvertent eye contact is established.  The game will be brought into a later discussion on insults, hostility and the concept of personal space.

Then to make us all feel really silly, (establishing the concept of ‘play’, not always easily accessed within a prison environment), we play ‘Bunny’.  I shall leave that game to your imagination, but assure you that many eminent people in London would pay good money to see Jonathan Miller playing it!

A series of fast energy and alertness games follow which prepare the group for the concentrated work to come.  My favourite is the three tonal exercise in which players take their turn in the circle to create a rhythmic movement and sound, sometimes wild, sometimes funny, which the entire circle then copies three times in unison.  The variety is astonishing, cohesion becomes complete.

We are now ready to insult one another.  The residents stand on one side of the modern, sunny chapel in which we work and the visitors stand on the other.  This is the only game in which the two groups are separate.  The residents are given a three-column list of wonderfully rude Shakespearean words which they string together in a triple-band insult.  The visitors are required to return the insult in modern English terms.  Neither side ever uses swear words.

Squared off in pairs down the opposing sides we vigorously attack with our verbal ‘weapons’.   Shakespeare wins almost every time.  Jonathan illuminated this game for us by asking the group why we think people need and like to insult one another.  A discussion of fear, defensiveness, exerting authority, insult and injury, offence and punishment, aggression out of insecurity and Jonathan’s wonderfully direct depiction from a medical perspective of the use of body parts and bodily substances as the basis of most four-letter words ensued.

The importance of eyes and their role in insults and aggression is made by Jonathan who reminds us that however small they are in relation to the whole body, they feel enormous as they bring the visual world into our being.  Watchful wariness when afraid of danger or the communication of love, sexual passion or friendship are two of their most important functions.

Next we launch into a short scene from A Midsummer Night’s Dream and realise how relevant this discussion has been.  Demetrius’ entire world is turned upside down as he awakens in the forest with love juice in his eyes.  André, a Coldingley resident, plays the scene with a remarkable natural talent and a feeling for Shakespeare’s words.  He is partnered by the professionals Will Huggins and Stephanie Street.

With an hour left we now begin work on Measure for Measure.  The first scene to be approached is played by a randomly selected Coldingley resident as Claudio and Lucio who is here enacted by the LSW veteran  Julius D’Silva.   Immediately following the scene, Sarah-Louise Young stands behind Julius and reads Lucio’s lines to him.  Julius immediately translates these lines into contemporary English as he addresses Claudio.  If some of those present were not familiar with Shakespeare’s words and Elizabethan English, Julius’ raw, powerful translation makes the meaning immediately clear.  Human beings also use this complex process when signing for the deaf or simultaneously translating between two languages.

The second and final scene is the best known in the play.   Isabella goes to her brother Claudio in his cell to inform him that his only hope of life is for Isabella to sleep with the recently deputised ruler of Venice, Angelo, an austere, corrupt man in whose hands the gift of potential mercy rests.

Instead of an empty space with only two actors on either side of a table, Jonathan enriches the scene by bringing on a tall, strong inmate named Colin to play a watching, somewhat antagonistic prison officer who keeps looking at his watch and slapping his truncheon, actions which Colin has clearly experienced during his stay at Coldingley.  Will and Stephanie enacted the exchange between brother and sister.   Barry, (our caterer), and Sarah Pearman, sat at a nearby table miming another prison visit.  The scene immediately feels more real and relevant to the lives of Coldingley’s residents.  Claudio cries out:  ‘Sweet sister, let me live.  What sin you do to save a brother’s life, nature dispenses with the deed so far that it becomes a virtue’.  How many of us might also use this argument when pleading for a chance for life?

Jonathan Miller’s vast experience of directing theatre and opera, combined with his equally comprehensive knowledge of science and medicine, the twelve enthusiastic LSW actors and the tireless energy and enthusiasm of Bruce as he coordinates the afternoon make this workshop one we shall never forget.

We emerge from the three hours with our heads spinning, the hugs and the  beaming smiles of Coldingley residents and Paul Gash, the outstanding Coldingley Educational Officer, keeping us warm in that cold but beautiful late afternoon.  The sunset is a special one.  What could be more natural than to wish that our fellow partners in the LSW workshop shall soon be free to enjoy such pleasures as well 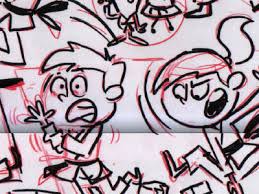 A Doodle by Sir Jonathan Miller