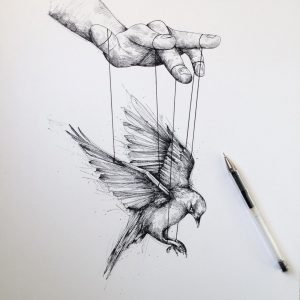 I very much want to thank all the team members who took part in the first Huntercombe incentive yesterday. I have just spoken with Steve Butler, the Huntercombe Arts Co-ordinator.  She, Dirk, (Huntercombe’s respected Head of Drama) and the wonderfully proactive Huntercombe Governor, Paul Manwaring, were all very happy with the outcome of yesterday’s programme.  As difficult as we may sometimes find it to conceive, they knew that we had begun to accomplish something special.

“A juvenile institution requires an entirely different perception,” Julie Mills wisely said to me today. Julie is right. I suspect these boys will have as much, if not more, to teach the LSW Prison Project in terms of its own methodologies as we will ever have to share with them in terms of our own practical, theatrical savvy. That said, I suspect the hardest aspect of this programme will have now to some extent been accomplished.

These boys (mostly 15/16 years of age) had, when they entered the Drama Studio, zero self-esteem.  Their eyes were firmly glued onto the floor, rather than into those of another human being. One instinctively felt that these lads had grown up to become anonymous:  Packaged and proclaimed as the proverbial ‘damaged goods’.

By mid-way through the inaugural Huntercombe session we began to make an active connection. People were beginning to listen by choice; a light for some was beginning to be switched on. I am told that many of these lads come from families with a history of convicted felons. Certainly, most come from backgrounds coloured in such a way that few of us could (or would ever wish to) actively visualise. There can be no more important role to play than to assist in finding within their ranks (as well as by providing from without our own) positive role models.

This must, – alongside the fine work inspired by Steve and Dirk, – become an active definition of ‘Our Country’s Good’.  Concrete sinkers of confidence must be buoyed (and, if needs be, wedged) into these foreign shores until such a point that an enhanced sense of self-esteem becomes as familiar and as comfortable within their everyday surround as a sense of play. One meaningful connection in this light out of the noted twenty will have been and must always continue to be a victory in and of itself.

By the end of yesterday’s session there were several incontestable indicators that such a goal might be achieved. There was the shaven-headed boy who, at first defiantly resistant, had become sufficiently engaged to hush his peers into attention. There was the boy with the diamond stud in his ear who told me that he wanted to tattoo his line ‘The World has Come Full Circle: I am Here!” onto his arm when he got out. When he found out that we’d be coming back he said: “I’ll be there, I’ve got two and a half years to go.”

Most profoundly there was the boy for whom the penny dropped with his own, new found definition of ‘Freedom’: “Thought is Free.”  Proud of his line, he too kept repeating it.  ‘Can I keep this?,” he meekly asked.  ‘Finding Freedom’ in deed. There were also the youths who wanted actively to write lines in the group Witslings; there was the mass fascinated into silence by ‘That Day Will Come’; there was the keen team camaraderie in the Wit Mix; there was the absolute enchantment at the active prospects of the magnificent interspersal by Celina and Alasdair, set, by the inmates’ choice, in a whore house in Amsterdam where Alasdair’s roving husband bravely toyed between duty and vivid lust. There were, and I cannot stress this too strongly: the beginnings:  The beginnings of a relationship.

Keys were found between us, and I refer here not just to those which rattled at the frazzled end of the math teacher’s keychain. Certainly, her pouting cry of ‘I don’t want to play’ continues to haunt my mind.  If I, personally, experienced any fear during this undertaking it was rooted there.  More than anything else these boys need to learn how to play.  More than anything else they need to find a route for themselves within which they can be comfortable in doing so.  They need, for themselves, to realise that the joy of playing a game does not always lie in its victory; that laughter need not always be offered in taunting response; that ‘gamesmanship’ and sharing – in and of itself – is a worthy pursuit.

There was no question but that this was hard work – but there can be little question but that it was worthwhile.   The LSW Prison Project’s privilege is opportune in a world where personal gates have been all too tightly jammed shut; where roots to guidance may frequently be shut down; where combinations are not just lost but bitterly swallowed.

I will always remember that sad black boy who insisted on being locked into his own fear (as so vividly scrawled across his face) in the corner of the room until amazingly he pulled a simple strip of paper from a manila envelope and found that Shakespeare too had witnessed a ‘Mad World, Mad Kings, Mad Composition’.   Bravely, in collusion, he proceeded – somehow – to sufficiently enter our world to freely speak his chosen line, as much for himself as for us, not once, but twice. These lads need a connection. They need a conjunction with an outside world which might – just might – perceive of them as something more than the expected; as something more than ‘just criminals’.

These lads need to find a relevance for themselves. They need a correlation with humans – adult humans initially and latterly their peers – who can value them more than they can at present value themselves. If they can begin to respect us – then maybe, – just maybe, they can begin to respect themselves and their own. They need a reason, however. Nothing in this world – especially theirs – is free.

‘How much are you being paid’? they enquired.  When told that the performers had volunteered to come, their response was:  ‘Why do you want to do that’?  Why indeed.  Everything in Huntercombe’s tight hierarchy needs to be earned, each privilege merited, whether it be to partake in a drama workshop or just the right to wear your own clothes. Similarly, each reason – our privilege – needs to be justified.

These lads’ intellects (many of whom I’m certain – once the defences have begun to slip to the point of at least visual collision – are keen) need to be engaged in a much more immediate fashion than the exhausted maths teacher can ever now, understandably, begin to offer.

Hard labour? Of course, it is. Still, to be fair, it has to be. The potential of the reward is enormous.  Whilst our work may not be indentured like that of the lads clearing the refuse from about the senior home, (stately ‘Huntercombe Hall’ – once part of the prison itself), there can be no question but that our pursuit is a privilege in and of itself. The vitality of that privilege must never be questioned. Certainly, I, for one, realise this with an enforced vigour after every Prison Project session, and at no point more strongly than at Huntercombe, alongside the rising flood gates surrounding stately Henley-on-Thames.

I cannot express how proud I was of each and every member of the LSW Prison Project team who took part yesterday. Their work was truly stellar. The associations with the lads, even at this early stage, I’m certain, were valued much more than either they – or in many fundamental regards – we could ever suitably acknowledge. The affinities forged yesterday, however, will, I think, for at least a few – a happier few – begin to make the idea of future possibilities a little more concrete than they may have been the evening previous.

For reasons which I hope are obvious, I would like to forge a dedicated force for Huntercombe; a core team so to speak to build upon the relationships established. We owe these boys that much.  These chaps need to build specific points of reference which they can trust.  Over the ten visits, if we can build even a little trust in and with these boys, we will have done a vast amount. Earnestly, I am sufficiently foolish to think we might venture to do even more.

There is a great scope here, I think, once the trust issue has begun to be dealt with. I remember the first time we went into The Mount. Gavin and Benson remained virtually silent, and they are not 15, nor surrounded by juveniles! Robert at Feltham was older and became a vital role model – a ‘red band’ – for all the boys to asipire towards.  There is a great deal we can do with the text with these lads, and we will continue to toy with these issues ourselves – in a direct fashion – during LSW developmental sessions.

Thank you for your support of the dream which is the LSW Prison Project. I fervently believe we cannot know the good that we may be able to do. The potential – ours and theirs – is richly rife.