It was a tentative start on Tuesday morning: Badria fell victim to the M4 and after having left Bristol at 6.00 a.m. couldn’t make it to Marylebone on time for our train’s departure. The poor thing was stuck on a coach involved in an accident.  The LSW team waited as long as we could, but finally we had no choice but to take the train to Bicester North without her.

Furthermore, while waiting for the train Bruce received notice from Jason, Bullingdon’s Deputy Head of Education, that industrial action had been actioned by the Prison Officers’ Association at Bullingdon and everything seemed to be on a ‘shut down’, or more accurately a ‘slow down’ alert.   All, that is, except for Jason and Sally of the Bullingdon Education Department who kindly went to extraordinary lengths to ensure that special provisions were made in order that the LSW Prison Project session might go forward.

Thus, a little later than expected and with but a few bags of crisps in our gullets, the LSW team were led through the labyrinth of walkways, which in large part make up HMP Bullingdon, to a slightly smaller than usual Workout space. As it was explained, there were insufficient Prison Officers on duty to patrol our usual space, the Chapel, even though one of the LSW regulars at Bullingdon, Paul Gregory, now the Chapel Orderly, had spent all Thursday arranging the space and, himself, was more than raring to go.

Bruce felt a small space would work to our advantage and seeing that the nine of us were now bouncing off the walls well before any of the seventeen inmates arrived there was, without question, no shortage of energetic charge in the atmosphere! After the requisite insanity of the warm-ups, including Charmian’s ‘HA’ game: A simple case of ‘HA’, saying ‘HA’, whenever ‘HA’ she did ‘HA’ … to get the appropriate ‘HA’ drift – we all hunkered down to watch the ‘rough cut’ of the Artsworld feature on LSW, the first in the ‘Dreaming Will’ series. It was the first time that most of the actors present had seen it and I felt very lucky to be watching it alongside the guys from Bullingdon.

A few of them were none too pleased with the suggestion from one of the featured inmates on the video that “if you do crime you deserve a prison sentence” and when on the skillfully produced film Bruce enquired at HMP Rochester’s gate: ‘Can we come in’? it received a huge laugh. More to the point, perhaps, given the fact that it was the first time that the offenders had seen LSW’s achievements in anything other than a directly personal context, their views on the the work itself and inmate responses rendered therein were fascinating.

We had a lengthy discussion after the viewing and what came across most potently was how pleased they were that prisoners in general were finally being shown to the outside world not as extras in Cell Block H but as funny, intelligent, and talented people. All the lads from HMP Rochester (aged 18 to 21) in the film came across as such vibrant individuals and I think the inmates at Bullingdon were extremely pleased and surprised by that. Bruce also pointed out that he hopes to provide each prisoner involved in the making of any of these episodes with a copy of his (or her) work in order that they might take it with them when they leave prison as an impressive testimonial to show friends, family, future employers and parole officers in specific testament as to the worthiness of their time spent in these endeavours. Given the collection of celebrities lining up to be involved in the Prison Workouts or reading Witslings, the residents will certainly be the envy of many an actor I know.

Following the screening we went on to rehearse a couple of scenes from Our Country’s Good, in which the aforementioned Paul, an exceptionally talented Bullingdon resident, played Ralph. The first segment was a scene between Ralph and his superior officer in which they discuss the merits (to be read problems) of putting on a play in a Botany Bay penal colony late in the 19th century with convicts who had (obviously) survived their transport from the homeland. It was a pertinent and loaded scene considering the context in which we all found ourselves and the resonances in our collective grew ever more massive, delightfully so as the humour of the commanding officer was played to the hilt by Oliver.  Moreover,  various inmates were encouraged to bring the convicts described in Wertenbaker’s scene vividly to life.

I, myself, was lucky enough to play opposite Paul’s achingly tender Ralph in the next segment, a love scene between Ralph and Mary, a convict on the island who is rehearsing the role of Sylvia in Farquhar’s The Recruiting Officer. Not a great deal happens in the scene but Bruce’s direction opened the sequence out to the whole group so Paul and I were not only responding to and working with each other, but also a mightly charged, multitudinous rabble who had found their way on our Australian beach! It was a phenomenal experience and a great success. There can be no question but that I was on the receiving end of a tenderness and honesty from Paul that I have rarely seen in any of the actors I know.

The crowning glory of the day, however, was a final wordless improv, an exercise dreamt up by Bruce only the night before. The situation is simple, a boy and a girl flirt in gestures across a table, only to find in the end she is actually flirting with the chap behind him! The gesticulations wrought by Andrew (a Bullingdon resident and LSW regular) and Charmian (who succeeded in making a paper aeroplane out of one of the remnants of an earlier Shakespearean exercise) was hysterical! At the end of this piece of froth, we poor souls watching were left clutching our aching sides, having overdosed in laughter.  I wonder is this a fitting punishment to suit ‘Our Country’s Crimes’? There can be no question but that the excess of joviality in vivid evidence here (in and of itself) served as a redemptive tonic for us all.  The respect shown was palpable.

It was a great day. The work done was charged and immensely moving and we (visitors and residents alike) were able to share in a vivid interaction. Like all our Workouts, (but more so than ever, I think), I, myself, learned a lot. It was a relief to hear the men say how much they had enjoyed it otherwise I’d feel mighty selfish. Touchingly, one of them remarked that he looked on us as ‘extended family’.  Paul told Charmian at the end of the session that he realised why he was in prison:  ‘to do this’!

Without hesitation, I can note it was definitely the highlight of my own week 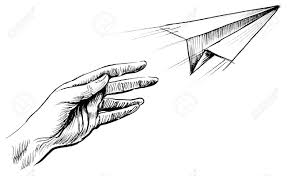