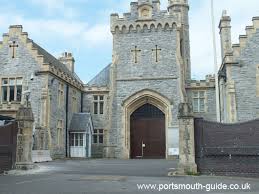 LSW goes south. The destination – Kingston Prison – a Victorian gaol for ‘domestic lifers’ in downtown Portsmouth. The imposing listed gatehouse and Colditz-style courtyard were deceptive – we turned a corner and contrary to all expectations, stumbled onto a series of lovingly cultivated flowerbeds and bizarrely enough, a small aviary. So far so good.

Unfortunately, however, the prison had failed to advertise the workshop, so the prisoners themselves had no idea that we were coming. Thus any hapless inmate who happened to be passing through the dining room hoping to make his way to the gym found himself set upon by a group of desperado thespians. Understandably, most were a little nonplussed. Nonetheless, a smattering joined in while the group on the sidelines, intrigued but not yet bold enough to get involved, slowly increased.

By the end, the transformation of the wary men who had watched awkwardly was complete. Uproarious laughter, instant friendships and then, all too soon, it was over.

Everyone wanted to talk but our time was brief. For those actors down from the Chichester Festival, a mad dash followed to get back for shows that evening. And for the London contingent a painfully slow crawl back through every conceivable South of England backwater. But for all, an experience to cherish. 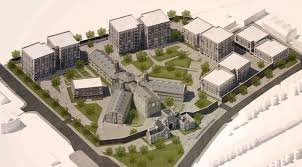