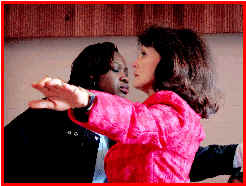 Being human is difficult
We live on dangerous ground

Each day we live makes us believe

That heaven and hell are bound…

These are the opening lines of Alba, a reworking of Federico Garcia Lorca’s The House of Bernarda Alba, in which a mother effectively imprisons her five daughters. It was written in a cell at Her Majesty’s Prison Cookham Wood by Clare, whose last name I am not allowed to reveal. Even more remarkably, the play is to be performed this week in a theatre in London’s West End. Setting a historical precedent, prisoners from the closed women’s prison HMP Send will perform alongside professional actors, including veteran Gayle Hunnicutt.

Directed by Bruce Wall, founder of the London Shakespeare Workout Prison Project, the play is an uncompromising exploration of what can happen when powerful social forces are allowed to dominate and defeat natural individual instincts. It seeks to highlight the way that women often struggle to find their true role in society, and it exposes a bitter truth: that women are likely to be treated far more harshly than men whenever they transgress society’s rules. “Society has higher expectations of women,” says Clare, who has been in prison for more than 10 years, “and that’s why people are less prepared to forgive if we are seen to fail to live up to them.”

Clare’s play could not be more timely. Official figures for women in British prisons underline its relevance. About 75% of the almost 5,000 women currently serving time in this country did not complete secondary education. Fifty-five percent have at least one child under 16. Between 30% and 50% have reported experience of physical or sexual abuse, and 37% have attempted suicide at some point in their lives.

A female prison officer I spoke to during a visit to HMP Send to watch rehearsals for Alba acknowledges that women have a harder time in prison than men. “It’s more stressful for women because they bring more of life’s baggage,” she says. “For those who have had the responsibility of keeping a family together, it can be even worse, as without that responsibility their whole purpose in life is taken away.” I ask her how many of the women in Send have children outside. “Most of them,” she says.

At Send, once rehearsals begin in the tiny chapel, it takes me a while to work out who are the prisoners and who the actors, even though I’ve been introduced to the actors at the gatehouse. The prisoners have been working in the gardens and I am stunned to see that they are wearing donkey jackets, heavy boots and green work trousers – exactly the same prison work uniform as their male counterparts. Imprisonment for a woman appears to include the added ignominy of de-feminisation. Maybe that is just because my own expectations have been challenged. Whatever the case, it is a sight that makes me uneasy.

In the chapel, rehearsals begin in earnest almost immediately. Wall’s commanding presence ensures that not a minute of the limited time available is wasted. He leads a rigorous warm-up exercise; then scripts are produced and everyone takes their places. The musicians, Tim Williams and Dominique Pecheur, who have composed an original score for the play, strike up on the piano and cello, and the women begin to sing. The harmony of their shrill voices is, to me, at once alien and beautiful. I wonder if the chapel has ever heard women singing with such ardour. I doubt it.

Lorca’s classic, written in 1940, is set in a village in rural Spain. It tells the story of an overbearing matriarch’s rule over her house and five daughters: a tale of needs crushed and desires frustrated beyond endurance by an attitude forged in stifling social mores. On the day of her husband’s funeral mass, Bernarda Alba declares that her family are to be subject to a period of denial and repression on a grand scale. “During our eight years of mourning, no wind from the street will enter this house! Pretend we have sealed up the doors and windows with bricks!” A daughter responds, saying that she would “rather carry sacks to the mill than sit in this dark room, day after day!” Unrepentant, Bernarda tells her: “That’s what it means to be a woman.” Inevitably, needless tragedy follows.

Clare’s version includes prison officers, played by two prisoners. They stand at the front of the stage, between the cast and the audience, watching: an extra guard to maintain Alba’s tyranny. During brief interludes in the rehearsal, I manage to speak to one of the prisoners playing a prison officer. I ask her how it feels to be taking part. “Brilliant,” she says. “I’ll never forget this.” The woman, gentle-faced and softly spoken, is in her 20s, I guess. She tells me that she knew Clare in another prison. “I’d never have got involved in something like this if it wasn’t for her. I’m too shy, too quiet.”

Hunnicutt joins the company for the play’s first run-through. Among the prisons into which she has taken the LSW prison project (of which she recently became chairwoman) is HMP Woodhill, a high-security men’s prison with a notorious Control Unit for prisoners deemed too difficult to contain in a normal location. When I ask her if she found entering Woodhill daunting, her response is firm. “Not in the slightest.” I ask her why the prison project is so important. “Drama is a means of empowerment and of building confidence and raising self-esteem,” she says. “People who feel good about themselves tend not to want to cause distress to others.”

Wall, whose last major LSW prison project production, The Wax King, was performed to acclaim in HMP Pentonville, is equally certain of its value. “We want to show that most people in prison are capable of more than what they went to prison for. Often all they need is the opportunity.” He met Clare when the prison project went to do a workout in her prison. “When I saw the quality of her writing, I had no hesitation in suggesting she write something for us,” he says. The result is a triumph for a fine writer, a magnificent personal achievement in spite of her incarceration, and another triumph for the prison project.

My visit comes to an end. The jangling of keys and the sound of locks being turned signals that it’s time for the prisoners to return to their cells. They embrace the visiting actors and retreat, hesitating, waving. The room is cold but the warmth between the two groups is palpable. It is a difficult parting to watch. 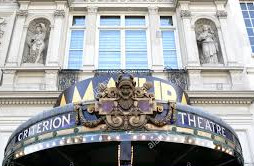