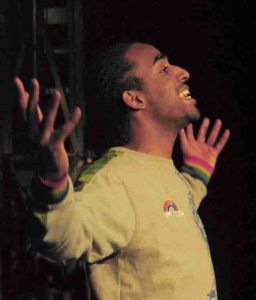 As the curtain goes down on the London Shakespeare Workshop’s production Blacking Iago, Darren Raymond delights in the audience’s enthusiastic applause. After a decade spent on the streets with gun gangs, using and dealing drugs, and “up to a lot of bad stuff”, he was introduced to acting while serving time in Brixton prison. If that had not happened, he says, he would probably be dead, or inside for a long stretch. Now he is an up-and-coming performer, currently filming his own script Shooting the Score and preparing to go on tour in February with another LSW show, Black Atlas.

The change in Raymond’s fortunes is, in part, thanks to Bruce Wall, LSW’s director, who describes himself as a “theatrical missionary”. He goes into prisons and introduces inmates–many virtually illiterate–to Shakespeare, guiding them to an understanding of how his work has resonance in their own lives. Prisoners deconstruct the plays, reshape them in their own words and write lines in iambic pentameter. The best may be offered the chance to perform with LSW when they are released. Raymond now says: “Succeeding as an actor is my protection against going back to my old life.”

Despite plenty of anecdotal evidence that arts projects can help prevent reoffending, the government has been reluctant to put money into investigating their long-term benefits. The response to any rise in violent youth crime has been to call for tougher sentences and more punitive regimes. But that is changing. 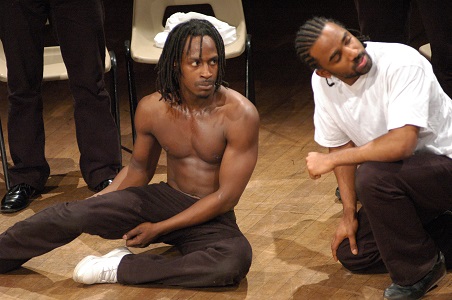