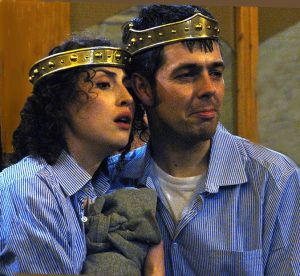 A comprehensive ID check at the main gate of Brixton prison, followed by a walk with warders across grim, barbed-wire courtyards to the chapel, are an intimidating experience. But it also provides particularly symbolic surroundings for this version of A Winter’s Tale – a play about the possibility of redemption and the chance to undo past wrongs.

Performed by professional actors alongside current and ex-offenders, Wall’s script folds Sinatra songs and some new lyrics into an abridged adaptation of Shakespeare’s play. Despite only a week’s rehearsal, this is an engrossing show, performed with great commitment, in which you can’t always tell the amateurs from the professionals.

Tim Williams’ piano and cello score enhance the magical mood but the production’s trump card is the way its minimalist decor – no scenery, few props and everyone in prison issue tracksuit bottoms and blue shirts – allows Shakespeare’s language to speak for itself. A seated 12-strong chorus add a real punch too.

The after-show discussion, in which offenders talk about the difference drama and the LSW prison project has made to them, is very much an inclusive part of the production, which ends with a Shakespearian sonnet written by Raymond and recited with passion by Christopher Davenport. 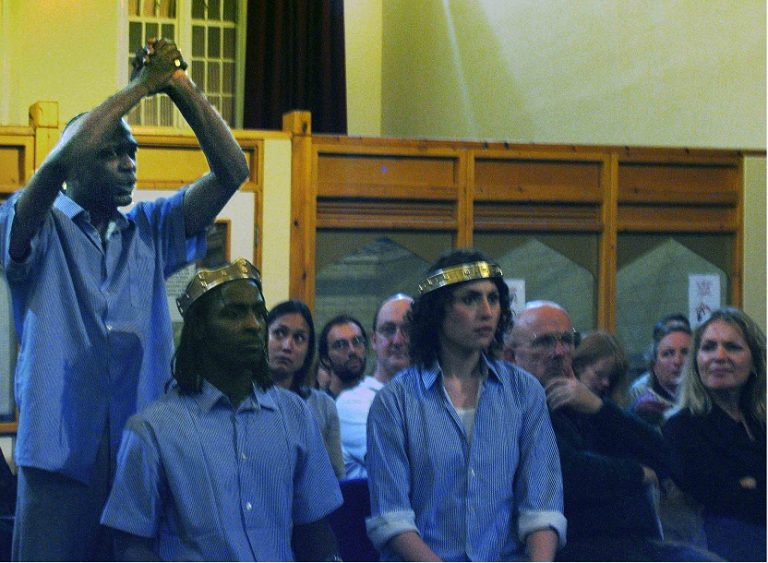