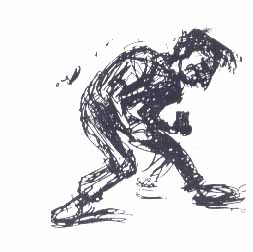 Arriving this morning at a windy Tooting Bec station, I was welcomed by the ever-enthusiastic Bruce who introduced me to some of the seasoned LSW regulars.  I felt like I was arriving at a party: someone actually came up to the group and asked us whether we were carol singers!  Exciting to be one of only two first-timers for the day (the other was Nolan [Hemmings], who has just appeared on television in the much praised ‘Band of Brothers’ – distinguished company indeed).

I thought we were going to turn into something approaching a band of carol singers as we got on the bus because Bruce explained that one of the highlights of the day would be a song called ‘Chastity Belt’.  Having seen the ‘Dreaming Will’ video, which features singing on the train, I was expecting Bruce to say, ‘So everyone, after me: One, two, three…’, but to the relief of Shelley next to me (and the other passengers I’m sure) he did not.

Just like Paul, the former inmate whom I met yesterday at an LSW Workout in Camden (and who told us of his experiences), I expected our arrival at the prison to be somehow dramatic and filmic.  But it was all very normal.   There we were, hopping off the bus and walking in a bubbly babble up to the imposing facade of HMP Wandsworth as if we were off to the pub. 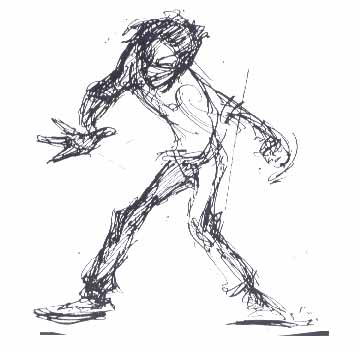 Once inside, we had a bit of a wait that was apparently due to an example of Prison Officer bureaucracy at work.  Finally, though, faces started to appear, but only a few. The first in was Angus, Scottish and a little nervous to be the only one there so far.  He told us about a piece just written by some of the inmates called ‘Jesus – This is Your (Second) Life’.

Sadly he and his co-creators had been taken to task by some of the authorities. It was hard at first to know how to talk to him. Here was a man older than me, clearly more worldly-wise and hugely eloquent – I felt that everything that came out of my mind was bound to sound patronising.  But as the small room gradually filled with more residents (and our worries about it being a low turnout subsided) there was no space left for my self-indulgent introspection: I realised not only that we were, ultimately, all there to have fun, but also that the way we would be interacting would be as human to human. Simple as that. 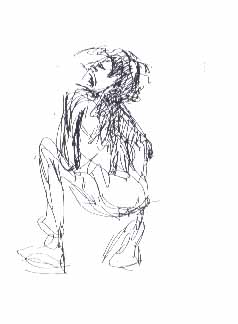 The inmates seemed nervous at first and sat down at every opportunity, staying close to the walls and the door, but a few silly games like ‘Bunny’ and a cowboy version of ‘zip, zap, boing’ suggested by Sue, featuring yee-has, hoedowns and hay barns, got everyone up and laughing. One of the guys, who didn’t stop laughing for the first ten minutes, cried out through his chuckles to a late arrival, ‘Oh no, man, you don’t wanna come in here – too mad man, too mad!’ 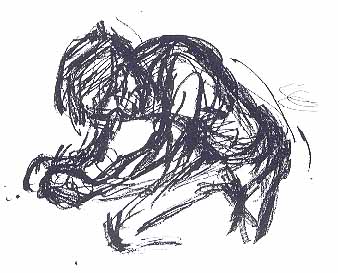 Soon even the quiet and more sceptical-looking guys were grinning and getting involved, although I was sure they must be wondering what all this had to do with Shakespeare. I realised afterwards that I may have been a little quiet myself during the session – I was just loving being a part of the laughter and warmth that was coming out from all the guys there, and found myself simply riding along on the wave of their enthusiasm.

Having had a giggle at Hamlet’s ‘Yorick’ speech with new words inserted (leading to new revelations concerning an unmentionable part of Yorrick’s body on which Hamlet had been ‘borne’), and Macbeth as a French plumber (‘Iz ziss a blender zat I see before me’), Will, Gayle and Nick read Billy Hayes’ final court plea from the novel source and then the screenplay treatment of Midnight Express. As the plea to consider what crimes mean in different contexts was read out, you could have heard a pin drop – the guys’ attention was absolute.

Throughout the different exercises (including a scene from ‘Our Country’s Good’ done by Stephanie and the prison resident, Kim, essaying the role of the British officer Ralph as he had done in a different scene during an earlier session but two weeks previous). 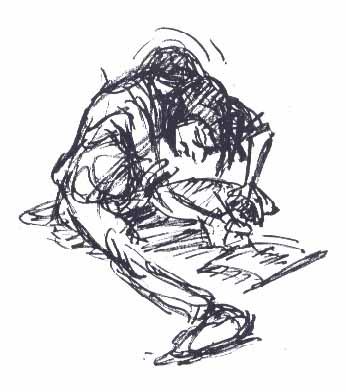 Near the end everyone teamed up to create some ‘Witslings’ in ‘dualogue’ format. My partner, Paul, was extremely quick at it, and bounced directly off everything I wrote – I could hardly keep up!  Everything he wrote had huge resonance, and the images that emerged were striking. In response to a plea to reach out his hands to those who might help, Paul described his hands as being ‘too short’; one of the others spoke of experiencing an ‘airless wind’. 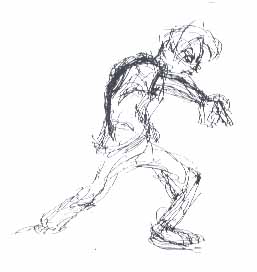 After our promised ‘Chastity Belt’ song at the end, it was time to say goodbye. Shaking hands with everyone I wanted to chat more, to stick around and discuss what we’d done, but suddenly they were gone, and we were being led away through the numerous doors and fences, back to pick-up our mobiles, IDs and step back into the outside.

It was so easy for us to make that short journey. Only about 50 yards separates the room where we had worked and the prison gate. Just a few steps for us.  But as Bruce implied as he was ending the session, for the inmates the journey back to the outside is not as simple. He encouraged them to use what explorations we’d made into language in their future interactions – to help in the process of parole interviews, for example. 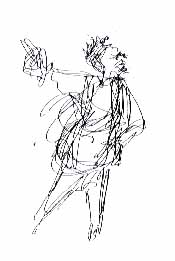 Freedom is not something I tend to think about, but as I trundled around the supermarket this evening, just an hour after being in the prison, I considered afresh the privilege that some of us have and so many do not – freedom not just to be able to chose between bread rolls or bagels, freedom not only from physical constraints, but from social constraints, constraints of language, thought, and the freedom to be creative, to break those actual and metaphorical shackles. If this afternoon we helped a small bunch of guys edge nearer to this, towards something that, after all, everyone has a right to enjoy, then it’s been a good day. 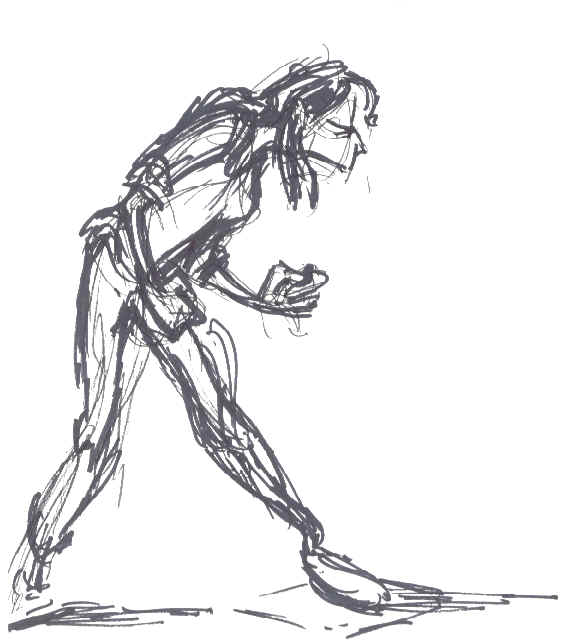