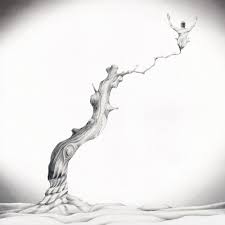 Everyone kept on saying there’s no need to be frightened or nervous … oooookkaaayy – but we ARE going to a prison! Clearly my first time – but everyone who has been is sooo relaxed….ok go with the flow that’s all you can do.

We arrive and yes the prison does look like an out-of-town Tesco – weird. Then comes the only tangible prison moment – security checks and x-ray machines, the bars and overhead wires to stop helicopter escapes (wow!) – then before we know it we are in a rehearsal room, and it is as if we are in any rehearsal room anywhere.

Guys come in, we are friendly to them, they are friendly back. There’s an air of ‘what’s this all about then’?  Well good question – Shakespeare and a bit of fun, I hope.

No need to be nervous at all. The workshop starts immediately everyone has arrived – no long-winded ‘this is what we are going to do’ – you are thrown into the work and with it comes an overwhelming desire to get the guys into it and for them to have fun.

Each exercise BEAT, RHYTHM, NAMING, etc., is unwrapping, revealing, stripping down Shakespeare and producing gems at the same time – the beat game produced a great rendition of ‘We will rock you’.   Now, Shakespeare would have enjoyed that!

There are moments of noisiness, and moments of profound stillness. It was a workshop rollercoaster; all at different speeds and heights but no one was standing on the sidelines – because if they did the next car that came by swept them up.

The only time I was brought back into prison-land was when some other people were walking by the windows of the room and David said to me ‘rapists – they’re not proper criminals’. But it was gone and we were into ‘Witslings’. Bruce was bringing all the exercises into writing a few lines.

The immediate response from a few around me was we can’t do that! But Bruce recited some examples of verse written by other guys in other prisons, and some from that prison. The effect was dramatic. There was still hesitancy and this is impossible – and helping out at this juncture was really fun – I find this exercise bloody difficult as well!

Suddenly it was over – quickest workshop I’ve ever been to! Shaking hands, enjoying moments, good luck on both sides – and smiles all round. Good day. 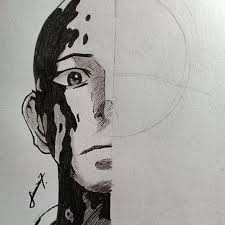