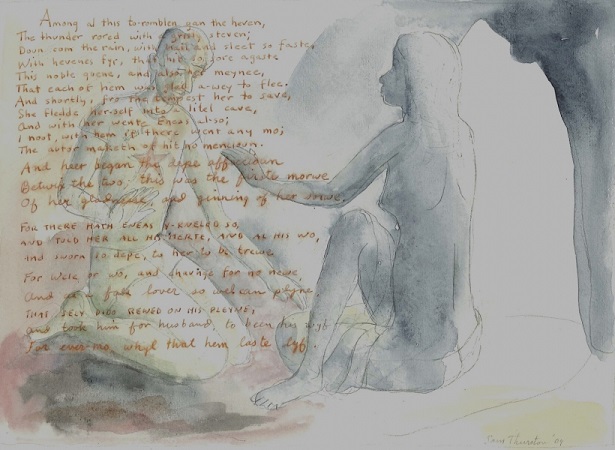 When the inmates first come in, it’s always striking how quickly most tensions and negative expectations melt away and today is no exception. There are the usual few shufflers, not wanted to admit any interest even if they might feel it, but it seems a calm and mature group. Barry [Morse] of course is in the thick of it straight away, meeting a prisoner who recognises him from his days in The Fugitive.

The first games go well, loosening people up, not too much giggling (although you can’t blame non-actors for failing to see the point of throwing a sound and then catching it in reverse!), and before you know it we’re into Cinna; time is flowing smoothly and quickly, ever a good sign. The group is genuinely focused, bar one or two, and we might as well be in a normal rehearsal room for the ease with which it goes off, and effectively too (actually, this is easier than with professional actors – few personal objections are raised).

Bruce is off into Henry V and the guys are going for it now; whether they quite follow the details of what’s going on, they still get the sense of it and enter the spirit fully (At least this is my impression – hopefully we’re keeping track of what they’re getting from all this). Some of the [Action Man] phrases get very strong responses of recognition, and when we raise our pens to scribble down our Witslings [original responses in iambic], the room is the quietest I’ve ever heard it in a workshop. Ben, the prisoner I’m working next to on the chapel floor, refuses to sully his rhyme scheme with any profanity because there are too many women present, and we’re presented (as so often before) with some really moving, honest and surprising verse. It always seems so incredible that these men, often so bluff just a couple of hours before, will not only write down their innermost thoughts and feelings in verse for us, but will then actually stand up and read it out loud in front of their mates. What do they take back from this into their daily incarcerated lives? [One can only surmise.]

Finally we are treated, no, honoured is the word, to a poem by Richard Simms which he’s been working on over the last couple of weeks; a tribute to our group and what, apparently, we and other visitors to the prison bring them. Bring him. It’s very humbling – sounds awfully patronising perhaps, but I certainly don’t feel worthy of such praise after just two hours of mucking about with Shakespeare’s words. Still. Something’s been done. It feels like a drop in a very big ocean. 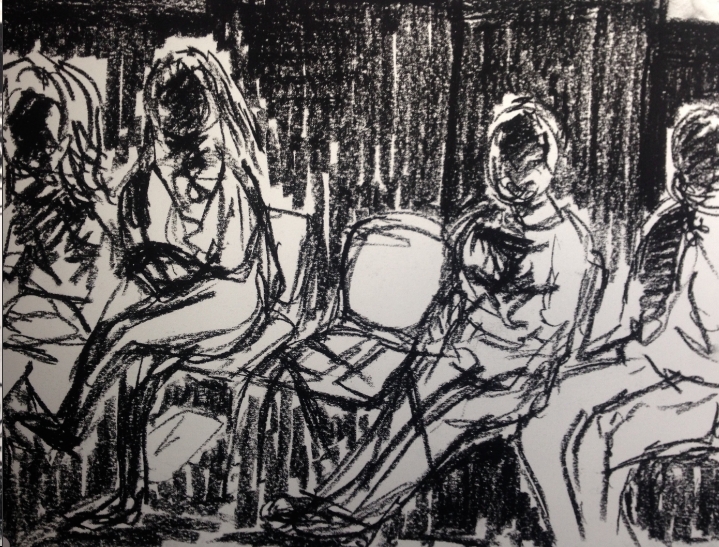 Here is but one of the Witslings written that day in but a few minutes.  This by Steve.  It was later turned into a song lyric by wonderful Sarah-Louise Young.

Why didst thou promise such a beauteous day?
For when I woke to find you’d gone away
The fear and sadness wrestled with my mind:
Our love I thought was of a special kind.
I pondered ‘pon the thoughts inside my head
And wished upon myself a speedy death.
For to live life without you by my side,
I couldn’t bear to take my jeers: My jibe.
Did I deserve an ending such as this
Instead of sharing your eternal bliss?
Such happiness I thought would never end.
This poisonous draft becomes my only friend. 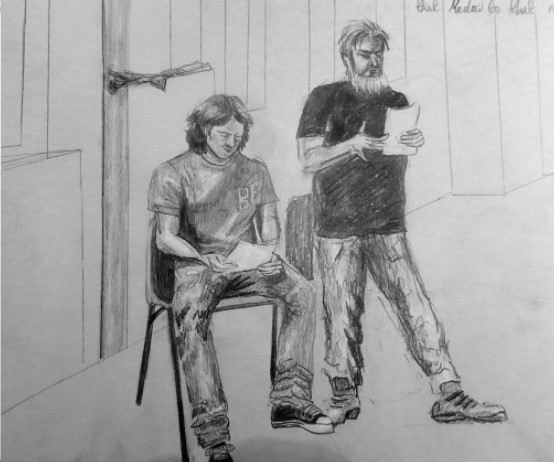