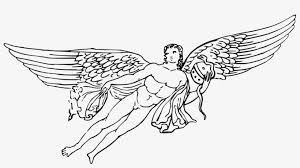 I cannot say that I entered the LSW Prison Project without a degree of trepidation. Giving your Romeo in front of an audience of mostly ‘A’ Class prisoners would, or so I’d imagine for most, be a rather surreal way of spending your day off. However, no sooner had the taxi delivered us to Her Majesty’s Prison Woodhill, I was immediately put at ease by an edifice which, for all intents and purposes, looked like your local branch of Tesco …. only with dogs …. and barbed wire.

We proceeded inside the prison and were met by prison officers of both sexes who proceeded to carry out their traditional ritual: ‘the search drill’ as much for our own safety as for anyone else’s, or so we were later told. This was, in fact, a highly democratic procedure in that it included not only us, but also all other members of the prison staff. Apart from the checking of bags, this drill included the (perhaps) sarcastic use of the words, ‘Yes, sir,’ ‘No, sir,’ and ‘Shakespeare in a Prison, sir?’

Momentarily I felt newly ennobled. However, I must warn you against the practicalities of trying to take anything into this prison larger than a paper clip. Don’t. If you are particularly lucky, as was my good fortune, your belongings will be emptied onto a table and rifled through until, of course, the most embarrassing objects therein can be revealed. In my case – giving refreshed clarity to the Mikado lyric ‘a wandering minstrel I’ — this included one gold microphone, a packet of prophylactics and a copy of The Count of Monte Cristo; not, of course, that I wish to cast any aspersions against Dumas.  Prisons have decidedly improved since his time.

Each object herein itemised is then paraded in front of the other officers to the joyous sounds of much chortling, guffawing and the gnashing of teeth (mine!). ‘Oh, joy; oh, rapture unforeseen’.

After a particularly filling winter soup, we were introduced to the lads we would be working with in the afternoon. They were all affable, polite and well behaved. After a few brief introductions, we went straight into a series of physical games. As an actor, one forgets the latent embarrassment for the world at large of performing or engaging in any form of strange physical movement or extreme emotional reaction.  Thus it was doubly amazing that, with the exception of one or two who  preferred to watch from the side due to ill health or an initial lack of confidence, the lads found themselves all wholly immersed in the spirit of the Workout with great aplomb. Whether it be in the chasing of a shoe, the slapping of the floor or the reproduction of vomiting, each person present, free from the constraints of the need to show off, demonstrated a unique raw ability.  Nowhere was this more notably evident than in The Shakespeare Name Game.

Each person in the group was given one of the more obscure names from Shakespeare’s plays, ranging from Alcibiades through to and including Pandar. Among the highlights in the physical representation of each was that of one inmate who grabbed his ear and then pointed at the group as a whole in his representation of ‘Eros’.

We also launched into a rousing rendition of ‘The Chastity Belt’ song, written in the style of an Elizabethan round by an earlier Woodhill inmate. This was particularly well received, especially when we explained to the boys what a chastity belt was. They made a rousing chorus. My singing was a bit ropy but nobody gave a monkey’s, and long may the spirit of ‘The Chastity Belt Song’ live on.

Towards the latter section of the Workout it was necessary to introduce the lads to Shakespeare’s language; a notoriously tricky affair. However, because Bruce had the good sense to ease into this with the use of the Shakespeare Insult Kit, the lads were more than up for it.

Thus one side of the room was calling out: ‘THOU dankish clay-brained malt-worm’, the visitors on the other side where joining in with their contemporary responses, circa ‘YOU flea on the testicle of a plague-ridden dog’. There were many keen similarities with, say, the slogans one might hear at Ye Olde Highbury Stadium.

The boys were particularly chuffed that this might provide them with the means, and therein the courage, to potentially insult those in authority whilst still remaining under the supportive guise of education: ‘What do you mean solitary confinement? I was just quoting Shakespeare’!  Language here – Shakespeare’s language, no less – was at last becoming a practically effective tool, one relating to their own, work-a-day environment.

The workshop culminated with the rhythmic beating out of the five heartbeats inherent in iambic pentameter. ‘I am, I am, I am, I am, I am.’ Five heartbeats in a row we all must tow. This led neatly into Clumps where extracts from, among many, Much Ado, Henry V, Hamlet and, of course, The Tempest all were freely offered and buoyantly utilised by the boys within the action.

It is with pleasure that I can state that, though they may not immediately realise it, each one of these lads for that short span of time was able to unveil a degree of creativity via the language of William Shakespeare which, if they so desire, will inspire, invigorate and enrich their lives.  Certainly, they did ours.

Never has the line, ‘We are such stuff as dreams are made on’, felt so poignant.