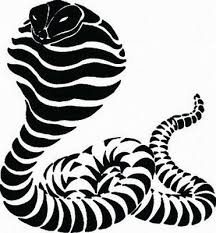 The American psychologist, Abraham Maslow once wrote: ‘That which has previously been considered pathology is in fact health’. The truth of this maxim was evident throughout the day when we visited HMP Woodhill last week.

As the physical barriers of the prison went up around us, the emotional barriers of the prisoners seemed correspondingly to drop. In their eyes was the same openness, the same freedom that I saw in the street kids when I travelled in India.  I guess that when someone really has nothing to lose, much of the fear and anxiety we experience in contemporary life starts to disappear.  I sensed a state of just being in these guys which was so real, so genuine.  You felt it in the handshake, in the light which shone from their eyes.

I once lived in a Hindu monastery and the aim of the practices was to get back to your authentic self. They seemed pretty close to this already. I was struck by the similarities between prison and monastic life: the order, the discipline, the lack of privacy – but also the way in which the inmates were being forced to confront themselves and to take stock of their lives. Somehow they seemed closer to a zen-like state than most people you meet in everyday life. As an actor I seek that same fearlessness, that authenticity.

We are taught the value of being in the moment and I was stunned by the fact that here in this place, supposedly full of failure and depravity, was the very quality I was seeking.  I had thought that we were here to teach them, but they were teaching us just as much.  I was seeing better work from them than I had seen in three years at drama school because they weren’t trying to impress anyone. They had nothing to prove and nothing to lose.  They brought a freshness and a vitality which was truly inspiring.

I felt humbled and grateful.   I also felt more alive and more free than I’d felt in a long time.  The paradox that this was in a prison, a place of incarceration, was shocking. As we drove back towards London, part of me envied their freedom.