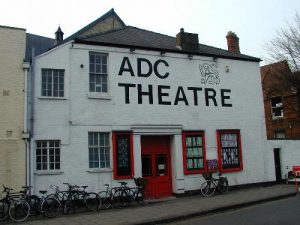 On Sunday I was fortunate to take part in performing VOICES in Cambridge University’s ADC theatre bar.  The play, a mixture of verse and prose written by a variety of inmates, is quite fantastic.  I like the way it feels both modern and Shakespearean, but what I enjoyed most about it was its use of language – the writers know how to use language to its full so speaking it is incredibly satisfying and exciting.

I was playing Sister Ele in the dream sequence written by Clare Barstow, ‘Goddesses are not made in Heaven’.  Her words expressed frustration at imprisonment and lack of freedom – in Ele’s case from a convent.  They were exhilarating lines to speak as Ele tries to convince the others to rebel against their leader by offering them hope through her visions of a free life.  I found performing it, the work of a locked up woman, highly moving.

The passion, talent and creativity of the core LSW members was terribly inspiring for all the students who took part.  They performed in both the show and rehearsals with a conviction and dedication I am unused to and felt very motivated by.

Their enthusiasm and commitment to the LSW project was perhaps even more palpable in the post performance discussion on the importance of the Arts in Criminal Justice Regimes, and again was truly inspiring.  What I found most exciting about this, however, was the interaction between, and expression of, another diverse range of voices.  Everyone there – prison officials, actors, students, audience members, teachers, former inmates, friends – took part in the discussion wholeheartedly.  There was general agreement that the work Bruce and the LSW do in prisons is unusual, socially and academically constructive and most importantly, empowering.  As Kenroy, the sound technician, himself a former inmate, put it – the LSW gives prisoners a release and a chance to express themselves in an enjoyable and non-dogmatic or patronising way.  It allows prisoners a chance to move on and see how they can change their own lives.  As Avis in HMYOI Rochester put it in a Witsling:

‘Against that time, if ever that time come
And I rejoin the world and am not numb

I’ll seek my goals and grab my life anew

Discovering what’s real and what is true.’

I found VOICES a very affirming experience:  shouting out between us the names of the inmates who had composed different sections, applauding moments of excitement or revelation, moving so quickly from the modern day (although in quasi-Shakespearean verse) suddenly into ancient Greece or a sealed convent was simply brilliant!

Before Voices kicked off Bruce gave a short speech about the way he tries to lead his own life – it may be a brief candle but he said he is determined to make it burn as brightly as possible.  My parents who came to see the performance were so inspired by his conviction they decided to adopt his motto!

While looking through the other diary entries of people involved in LSW I noticed how many superlatives were used in describing their experiences.  It is impossible to avoid them; however, every aspect of Sunday convinced me and I think everyone else present of the importance and excitement of LSW’s work in the country’s prisons. 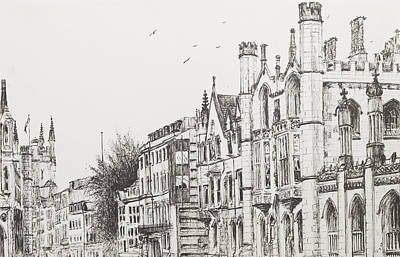