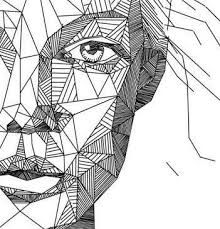 The Mount was my first prison workshop. Not knowing quite what to expect I was heartened to see that there seemed to be some training programmes in place with an emphasis on music and drama as well as computing and literacy. Testament to the prisoners’ creative talents was the very high standard of art work which lined the corridor walls. I stood for some time studying their detailed watercolours and stencil designs.

We had been told that we would be working with around thirteen prisoners but as they trickled into the room and we introduced ourselves, it became apparent that the steady stream was burgeoning until there must have been over twenty prisoners standing with us in a big circle. As the first game began – passing the clap – I sensed a very strong group energy. Shyness and inhibition had been left at the door.  These guys had a real appetite for play.  Beforehand, I had wondered whether perhaps a degree of discipline would have been needed from us; but no, they kept each other in check, humourously lambasting their mates for slow play or gently explaining the rules of the game.

Picking out a Shakespearean name from an envelope, it was our task to vocalise and physicalise our new title. This proved very popular and their ear for rhythm was immediately apparent. John, who initially had difficulty in getting his tongue around the name ‘Menecrates’, solved this problem with a brilliant physicalisation of the name by gripping his neck. The group roared their approval and mimicked the movement helping us all to remember ‘Menecrates’.  Initially intimidated by the Shakespearean name spelt out on paper, John had embodied the word in his big powerful frame and shared it with the group. I highlight John’s imaginative response but these innovative and brave physicalisations were springing up all around the circle. The spirit was infectious and through sheer eagerness to participate, they were defying these imposed limitations.

Speaking to Bennet before we began the workshop, he shared with me his love of rap music and how he enjoys freestyle rapping in his cell late at night. Bennet’s love of beats and rhythm was shared by many of his inmates and they took to the natural rhythm of iambic pentameter immediately, beating out the heartbeat iambics on their chests. This joy of rhythm fused with the spoken word and their sparkling wit and humour ran throughout the afternoon.

When Alasdair read the Phantom Macbeth speech written by an inmate at Woodhill, the prisoners sat silently listening. A few were familiar with Macbeth, others were not, but the level of focus and attention I had never experienced before in a classroom. When it came to the actors speaking a line of verse and the inmates responding with a colloquial line of their own, you could see just how much these guys were listening. They were replying directly to the ideas posed in the verse. Actively listening, they were responding to Shakespeare’s verse in their own language; they were thinking Shakespeare.

Before Clumps commenced, each of the inmates chose a line of Shakespeare from an envelope and voiced their line to the group. The session nearing an end, I noticed a marked change in the individuals. Where there had been hesitation and quiet voices there were now bold stances and a joy in delivery. There was not a fear of the language but a pleasure in owning it in their voices and in their bodies.

Nowhere was this more palpable than in the sight of Roy, a much older prisoner, who I had earlier spotted beating out his line of text on his chest. When it came to his turn, he stepped forward owning the space and roared the line from his gut and the whole frame of his body shook. It was a stunning sight, I saw this man’s stature and confidence grow immeasurably in the space of two hours. When Clumps commenced, Roy was so eager just to be involved in the interaction. He just wanted to be within the circle listening to Susie’s speech and participating. Inspired, others wanted in on the act and you could feel the desire from these inmates to share their line of text. One boy, initially discouraged by a warden from taking part because he was supposedly disruptive, launched in with the line ‘To be, or not to be’ to raucous cheers from his peers.

As the session finished, one by one I was thanked profusely by each inmate and urged to return next month and continue the work. I overheard Robyn being asked what Shakespeare plays they should select from the library. I was sad to say goodbye to a group that had treated me with such gentle respect and gratitude.

The biggest compliment I can pay this group is that there was no separation between actor and resident. Their work was instinctive, honest and charged with a raw, visceral energy. 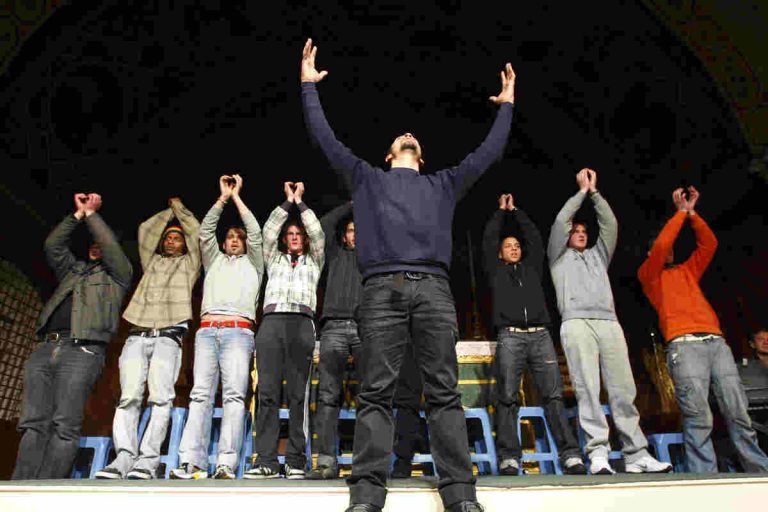