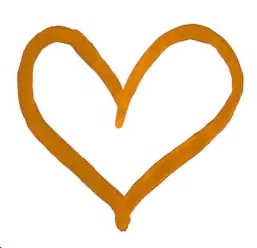 This was a toughie – that was the consensus.

Would this collective of men and women from different parts of the country brought together in an extraordinary stately home serving as a drug rehabilitation and homelessness reform centre – The Amber Foundation – in the Wiltshire countryside be up for it and able to match our inspired ‘monkeying’ around?

Well, I think if you ask the residents at the Amber Project they would answer in the negative because not one member of that collective (the merry band of travelling LSW actors!) could hold a candle to the best ‘Gorilla’ I’ve seen this side of the Equator! I remember with mixed feelings my ‘animal project’ at Drama School and watched in awe as one of the Amber residents leapt to protect his Helena in the forest of our own little Midsummer Night’s Dream.

What an extraordinary experience for me: Someone who has gone from one safe, secure and protected environment to another, to be in this group of people who, let’s be honest, weren’t sure about grown men making Bunny faces at them.  (They didn’t mind a rather attractive Texan Lady however)!  These guys were up for it though.

It look a little time but when you enter a room with Bruce Wall in it, be prepared to leave a different person and I really think those who stuck it out did.  Bruce makes the point, as we navigated through his arsenal of wall breaking games and picked up the Shakespearean ‘canon’ that this is our language and we should grab it.  It’s great advice for any actor but more inspiring to a group of young men and women who haven’t felt able to possess much in their short lives.

But on reading and seeing the products of their labour and more acutely the expression of themselves which flowed freely in the ‘Wistlings’ at the end of the session it brought home to me the power of liberty, not just in terms of freedom from authority, but in expression which can never be judged.

This day wasn’t specifically for me but that’s what I took from it. I didn’t have a ‘rep’ to lose but I think those guys who felt they did only enhanced it and gained something new in the process. I was knackered, so were they.