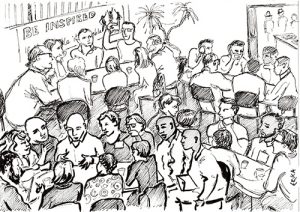 May I thank you once more for the visit made by yourself and your excellent company.

As you know this was the first time we have tried anything like this at Coldingley, at least during the five years I’ve been here.  It was difficult to generate interest at first and even running up to the event I was afraid that it wouldn’t be well supported.  I would not even have been surprised if only half of those listed had shown up.  As it turned out, all those that had booked a place arrived (mostly on time) and one or two even brought extra bodies.

None of us really knew what to expect and I suspect curiosity was partly the driving force for attendance.  Knowing most of the men quite well I was also concerned that quite a few would hang back and not join in.

I was fascinated by their positive reaction to everything asked of them.  The initial almost embarrassed near silence was broken only by your voice and energising welcome.  The compelling exercises you led and the pace at which they were delivered ‘took no prisoners’ (pun intended) yet all were enthralled.  They were using the language of Shakespeare, working alongside professional actors and actresses and yet were not at all self-conscious.  Nobody was forced, but all took part.  In my view all were fully engaged in the session.

From many discussions since, I know that they valued the way in which they were greeted, coached, cajoled, acknowledged, supported and encouraged.  It was the first time many of them had worked with actors let alone Shakespeare.  I’m not sure exactly what they had expected beforehand but I am sure that what happened was a very pleasant surprise for all of them.

Of those that attended, most have asked when you are returning and I am glad now to be able to tell them that we have penciled in 5th December.

Bruce, thank you for introducing this very important activity to HMP Coldingley and it is my hope that this is the beginning of a ‘long run’ for this ‘production’. 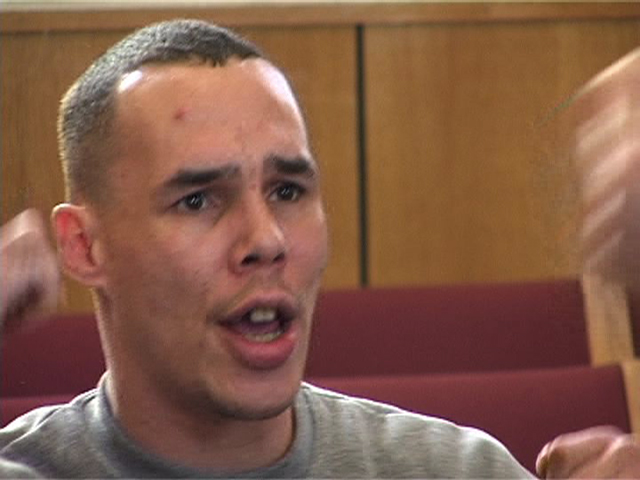