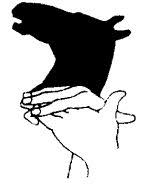 Bruce Wall, in jacket and tie was waiting outside the archway of St Pancras station on a clear crisp morning in mid-October, with sponge balls, playing cards, printed matter and envelopes where he met Robyn Moore, Lynn Farleigh and Alan Cox.

Fully equipped for an inmate coaching session at HMP Whatton, just outside Nottingham, the four of us settled down with coffees at our reserved seats and prepared ourselves for the session. After talking over the pieces to be worked on, we considered how the context of incarceration would point up certain aspects in the writing chosen, and the implications of what it means to lose your freedom.

Bruce’s briefing on the history of the London Shakespeare Workout’s work with prisoners and future plans of the project led onto a discussion about the potential benefits of the work with regard to prisoner rehabilitation:  How using Shakespeare as a starting point, one can encourage an individual with an aptitude for performing and a motivated interest in ‘Drama’, to develop their skills, with the aim of building their confidence. On their re-entrance into society, having experienced being part of a theatrical team with professionals, an individual may be empowered in their rehabilitation and feel that it is possible to consider acting as a pursuit outside their correctional institution, ‘going straight’ towards a career in the entertainment industry.

After our cab ride to HMP Whatton, we met up with a film crew who would record the session for PVM; the Prisoners’ Video Magazine. Moving through the security checkpoint, past signs that warned of the penalties of aiding a prisoner to escape and trafficking drugs, we put our jackets and bags in lockers and surrendered our mobile phones, those links to the outside world.  After popping back for Lynn’s specs we were led by the guard who would oversee the session into the barbed-wire encircled complex, following a path to the visiting hall.

Bruce started the session by clearing away a section of the numbered tables and chairs for an acting space. The inmate (Robert, No. CE8570) was escorted into the hall and we began with an improvisatory warm-up involving an exercise where two people are waiting, and experience confusing communication signals.

The first piece worked on was from Comedy of Errors, focusing on physical and vocal aspects of characterisation and the creation of an offstage life by the reporting of events.  We then moved on to a scene from Measure for Measure where Claudio begs his sister Isabella to facilitate his reprieve by sacrificing her chastity to Angelo’s lust. Physical contact was particularly charged in a context where men are restricted in their relationship to the opposite sex. This piece presented the challenge of allowing the deeper emotional implications below the surface to come up through single open vowels sounds.

Leaving Shakespeare for something more contemporary, we turned to the courtroom scene from Midnight Express. We looked at the screenplay and the novel thinking that as it depicted a situation that would directly relate to a prisoner’s experience it might, with some adaptation, make a good audition piece.  Pinter’s Party Time was also considered. The inmate had been working on it by himself and gave a good performance that really came to life when he was encouraged to use his native Birmingham accent.

So back to the Bard.  We finished by working on a dialogue between Beatrice and Benedick, approaching it as if it were a 1940’s American romantic comedy.

The session was brought to an abrupt but perfectly timed close by the fire alarm, which detained us slightly longer than we had anticipated, the knock-on effect being that our cab gave up waiting for us and took another fare, causing us to miss our apex booked train.

We made our farewells and good lucks, and leaving the film crew to conduct an interview, went to retrieve our stuff. While we waited for another cab we gathered our observations from the session.

We felt how important it is for an actor to work on breathing and relaxation in the body alongside their skills in interpreting text. Also how important it is to follow through and develop these sessions over a period of time, for there not to be the pressure to achieve too much too quickly. But it had been a rewarding day and I personally hope it was of some benefit to the individual we coached and that the LSW will continue to increase the scope of these sessions. 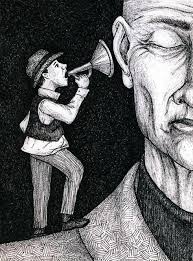