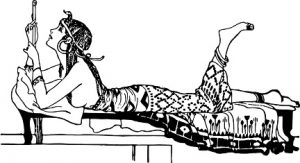 Yesterday afternoon I found myself rowing Cleopatra down the Nile, crammed in a fetid ship with 30 other galley slaves.  Above us Enobarbus’ purple prose beat the air.  A little later I bumped into Peggy Mitchell aka Hamlet juggling Yorick’s skull like a foaming pint of the Queen Vic’s Best.  Eminem turned up to rap through a world premiere of an edition of ‘Now is the winter of our discontent’ penned minutes earlier.

Bruce Wall and his team’s ‘Workout’ is all about working Shakespeare out of pre-conceived ideas.  He breathes life into the words in a thrillingly interactive way.

The day was an energetic roller-coaster from the start. Groundwork was done on the train, and a rousing sing-a-long of The Chastity Belt Song included help from a clutch of rail passengers.  We were to join 20 or so inmates from the Oasis Unit in Rochester who were taking part in a voluntary 12-week drug rehabilitation programme.

The Workout encouraged us to physically inhabit the power of Shakespeare’s words.  It was exhilarating stuff for anyone, let alone for a young man spending swathes of time banged up, fighting an addiction.  Bruce’s charisma, talent and knowledge were infectious as he wove us seamlessly through the two and a half hours.  We were howling with laughter one minute at a Zimbabwean Macbeth pondering the cheese-grater before him, and the next writing thought-provoking poetry in iambic pentameter.

This was no patronising back-to-basics Shakespeare lesson.  Hamlet’s ‘advice to the players’ was mirrored by Martha Graham’s to her dancers, and we stomped, clapped and sung our way to the heartbeat of the language.  It was a great adventure for us all.  The inmates appeared flushed with enthusiasm.  Those who’d seemed shy or wary to begin with were as involved as the most confident by the end.

Shakespeare the great leveller – by the way of a lot of fun. 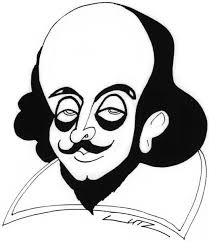