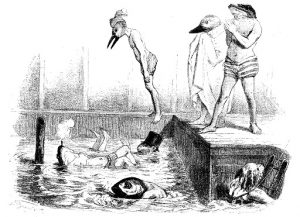 This was my first visit to a prison, and despite a briefing on the train of the exercises the workshop would include, and some familiar faces, I couldn’t help feeling apprehensive of what was in store.  I was uncertain as to what I was about to encounter, and unsure as to how I would react.

One or two of the more senior members of the group took time out to reassure me and San’ (a fellow first-timer) and the good-naturedness of the Prison Warder Hedge helped to settle nerves.

The first challenge was in simply greeting the inmates as they arrived – all the escape routes of normal small talk (What do you do for a living?  Where do you come from?) were taken away, so I ended up talking to a couple of inmates who were also apprehensive at attending the workshop for the first time.

A few boisterous warm-up games seemed to soon settle everyone’s nerves, and most negative attitudes went out of the window with an energetic, highly tactical game of ‘Giants, Dwarves and Wizards’.

The importance of encouragement was most evident in the areas of the workshop where a certain amount of sitting down and listening were required – notably in the Insults exercise.  Certain doubts meant the first few participants mumbled their words a little self-consciously, so the opportunity to loudly cheer the first guy to fully vent his spleen at Alistair set a precedent, with each person then trying to outdo the last in terms of the insult itself and the bile that accompanied it!

By this stage the mood of the group had fully switched from being reluctant to wanting to be fully involved in everything.  When a physical chorus was required, 30-plus people would be ready; when a couple of background dancers were required in a scene the stage was swamped with them.  If everybody could not be accompanied in an acting role then they would be helping to provide the soundtrack or be an avid listener.

By the end of the day I was feeling a bit overwhelmed – 30 people chanting ‘We are the stuff that dreams are made of’ hit home the reality of exactly what the workshops are about.  The buzz as we finished was amazing, several members of the group hugging us to show their appreciation, those people who we went out of our way to welcome as they first entered the room now going out of their way to thank us and say how much fun it had been.

I found myself thanking as many people as would listen for the experience that I had encountered and embraced.  A day where the vanities and trivialities of being an actor were stripped away, giving the chance to use your profession for such a positive result.  I look forward to the next opportunity.