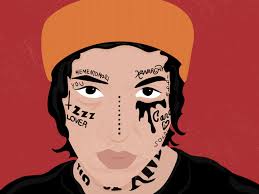 An epic day in all departments. After our magical mystery tour by diverted horse-drawn carriage at Twyford (courtesy of a sheepish BR exec), we arrived at Henley in time for Goliath lunches and a soaking walk to the hut. Cheerful hellos to Steve, one of the newly honoured royal chosen few in the prison service, followed by the usual handing over of mobiles and surreptitious flashing of out-of-date or out-of-fashion photocards (amazing how security checks vary from prison to prison but LSW members’ embarrassment at past-it passport photos does not).

We entered the hut. A good atmosphere. Maybe we were nervous about the crowd and both sets of expectations, but we were all a little hyper. Bruce began semi-staging some Midsummer Night’s Dream with frenzied enthusiasm, whilst Shelley and I arranged the Puck Rap for our own amusement (‘Who’s in da forest? Puck’s in da forest!’), trying to fill that awkward gap before, one by one, the men arrive.

The men? The boys – were damaged. Apart from Angus and me, the other LSW members had worked with most of them before. Various degrees of recognition. Old enough to know violent crime; young enough to know bewilderment (‘at first being locked up all day really freaked me out but now I’m used to it – I read, you know, keep quiet’). There would be the usual disruptions, of course, understandable lack of initial focus: given the choice would you rather be banged up all day in a cell or lolling about for the afternoon with Shakespeare nuts? These were young men (fifteen to eighteen) with a strange self-awareness, self-consciousness, fighting to gain control over an aggressive confidence and front. In walk individuals. Some smart, some pushy, others faint and evasive.

In the first game the pressure is on. Eye contact. A contract with another person. What are we giving away – putting across? One lad in particular, French was his name, looked as though he wanted to lie down and die rather than look someone in the eyes. Others maintained a crooked neck pose, heads bowed, glancing up occasionally, risk taking, risk assessing, but never settling long enough to engage with a desperate LSW member, to connect, commit and cross.

Small beginnings. What expectations do we have, should we have? This is for them, not for us or our egos. ‘But if they only tried it, it would do so much for their self-esteem’. Would it?

The group thaws slowly and unpredictably. Actum, who starts confidently, saying how he knows he is being observed for good behaviour and wants to take part, loses interest, preferring to tempt fate and the Stoke Mandeville medics by rocking back and forth on a chair by the wall. I’m unwell, I’m observing, I’m asserting my rights of non-participation.

After more games, including a mutiny over Alasdair’s shoe in virtual rugby and a game of musical chairs, (“but without the music”, adds one inspired inmate), we tackled the first biggie: the staging of Cinna’s death from Julius Ceasar.  At first fear:  is this a script I see before me? Always on the hear-out for rumblings – “This is nuts, I can’t read, should’ve stayed in bed.” We try to defuse any negativity without second guessing needs. Those given lines to say commit early on, others shuffle feet; left out or left in? Alasdair is a brave man and willingly throws himself at the mercy and feet of a crowd of booted inmates chanting “Cinna, Cinna, tear him, tear him!” Some laugh but there is a palpable energy in the group. How close can we go? Is this a play? When is tea?

Taking part in whichever spirit seemed attractive, we shifted and changed into a unit of movement, proximity, sound. Good stuff.

Split into two groups we look at two speeches. Macbeth (‘Is this a dagger..’?) and Puck (‘If we shadows…’). Critical words removed and replaced by random pickings from the teams: a noun, an adjective, a verb, the pieces are performed both in their original and newly formed states – the richness of the language lost, playing off the humour and oral shock of the surreal.

‘Is this a spatula I see before me’?

(Think of a vegetable: carrot. Think of a kitchen utensil: spatula. Happens every time: incredible!)

Angus delivers the Macbeth on both counts to responsive ears. The new version received with proud laughter, the old welcomed for its richness and half forgotten familiarity left over from bad school days. Puck is less successful in its comedy guise and I freak out a couple of inmates by going all Steeleye Span on them in the sung version (tambourine optional).

It always feels like we’re running along, desperate to provoke and empower but at the same time trying to pull back, allow thoughts and questions to come out slowly and ponderously. Bruce talks about iambic: they remember from the last time, ‘I hit, I hit, I hit’. Nobody is ever wrong here. Bruce reads out some previous prisoners’ poems, some lovingly committed to memory, elevating their status: respect. Some guys are rattled: ‘Speak English, put it in English’, as though the verse were preventing the overall sense from being clear. A piece is explained, read again, this time meaning flows out and you can feel the recognition of its sense and theme in the room. Others’ poems are unravelled.

A man has lost his love.

Waiting at the stand.

Shelley recites a sonnet beautifully. Her obvious joy and respect for the language touches a nerve.

Then the most amazing thing happens – one of those moments I hear about on train journeys to prisons, of LSW legend; of breakthrough points I wish I could have witnessed. Manika, who has been heading the cry for putting the pieces in proper English, announces that he would like to make up a poem.

It is incredible. His language, colour and rhythm pound out from his displaced limbs, lost in baggy pants and cockeyed charm. Words spit and dance and the rhythm grabs us all. It’s scat, it’s jazz, it’s rap. He has more. He stops, needing approval, not for the value of the work – he knows it’s good – but that we are speaking the same language.

Bruce, Celina, Angus and Alasdair make brilliant points about metre. Celina about how overall sense is conceptual: if we don’t understand individual words it does not mean we are excluded from the overall effect. Bruce adds to this, describing a meal, enjoyed in its whole but impossible to break down into each individual ingredient. Angus and Alasdair tackle the issue of metre releasing the sense, tapping into the heartbeat. How Shakespeare’s audience would have listened and committed to memory their favourite lines and how we do the same with rap. Ownership of language and empowerment from that.

There was an energy in the room: a connection. Manika said he’d bring in more poems next time – maybe music. His peers respected him. Next time.

Then granddad danced at the school disco and the white girl sang the Puck rap. Advice: don’t try to do Shakespeare in a rap with human beatboxes when you are surrounded by inmates who are the epitome of cool and you are an awkward uncool actress trying not to impersonate Snoop Doggy Dog. It’s tough out there!

We left on a good note. Not euphoric but some ground gained. When we all read our lines of text at the end they seemed to connect more than I had ever experienced.  ‘I wasted time and now doth time waste me’ seemed particularly poignant.

Thanks at the end but definitely time to go. Time to think. Time to prepare for next time. As ever I leave in awe: of my fellow LSW members – Sarah, Bruce, Shelley, Celina, Alasdair and Angus – committed, unpatronising, supportive, encouraging and dedicated; at the inmates’ willingness to trust finally; at BR’s ability to get us home in time for tea.

RESPECT TO DA MAN – SHAKEY ROCKS – HE IS MASSIVE!

With huge thanks to Steve for the lift, Jane for the invaluable support and all the staff at Huntercombe (especially in the kitchen).